Incorporates the dramatic story from the film’s Epilogue, all in a condensed version designed to support classroom use. The educational cut was directed by Henry Jacobson and edited by Emma Tammi, from the original feature film by Sara Terry.

Fambul Tok‘s impact continues to ripple out, in Sierra Leone, and around the world. Watch how: 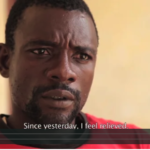 18 months after the feature film was finished -the dramatic story of notorious rebel commander Mohammed Savage’s return to his homeland and apology for the atrocities he committed. DVD Extra 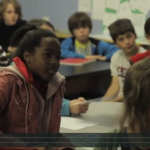 American teens apply the restorative justice concepts of Fambul Tok in Sierra Leone  to address bullying and disrespect in their classroom and school in Philadelphia, PA. DVD Extra

Mohammed Savage uses the film and his story to invite other ex-combatants to be leaders for peace.  DVD Extra